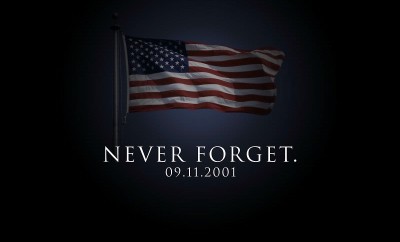 The founder of Jelly Belly jelly beans has launched a multi-state treasure hunt with multiple prices of $5,000

Ahead of the treasure hunts, organizers will send a riddle with clues to help people find a Gold Ticket in the form of a necklace. Each Gold Ticket contains a code that would allow the winners to claim their prizes. Treasure hunts will take place in all states and it will cost $49.99 to register – up to 1,000 people can register for each treasure hunt. Winners will be allowed to take part in a hunt for “the ultimate treasure” – a key to one of the founders candy factories and a training at a “candy-making university.” (USA Today)

The nonprofit animal rescue LifeLine Animal Project will create a database of stray dog and cat images in north-central Georgia and use Finding Rover’s technology to match them to missing pets. Finding Rover offers a facial recognition platform where owners can upload photos of their pets and it automatically matches them to any photos. LifeLine is the first shelter in Atlanta, Georgia to use the technology. Last year, Finding Rover CEO said that his app has more than 700,000 pet pictures and works with 700 shelters worldwide. (WXIA)

The partnership is a multiyear sponsorship, which also means Postmates will be a sponsor of the Super Bowl. The NFL’s vice president of business development said in a statement that more fans will be watching games from home this year, rather than at sports bars, so it makes sense strategically to partner with Postmates. Postmates has already partnered with two baseball teams: the Los Angeles Dodgers and the New York Yankees. The Yankees named Postmates its exclusive on-demand delivery and pickup partner. Uber announced in July it was acquiring Postmates for $2.65 Billion in a deal that will likely go through next year. (Tech Crunch)

Where there’s been a shakeup in Rochester, New York

The city’s police chief resigned amid criticism surrounding the death of Daniel Prude. Last week, the 41-year-old Black man’s family released a video of his March arrest, showing officers putting a hood over his head and restraining him. The man later died at a hospital and his death was ruled a homicide. The video ignited protests and led to the suspension of seven officers. The New York attorney general also said a grand jury will investigate. Now, the city’s police chief said he’s stepping down because of “the mischaracterization and the politicization” of the department’s actions. The deputy chief and entire command staff also resigned. The officers will reportedly keep their pensions and health benefits. (NBC News)

The long-term cost of school closures could hit $15.3 trillion in the U.S. alone, according to a new paper by the Organization for Economic Cooperation and Development. Using third-party data, the OECD examined how missing one-third of the school year impacts the global economy and students’ “corona-induced loss of skills.” It ultimately concluded that worldwide growth could be stunted by 1.5% for the rest of the century, assuming that future students return to previous levels and resume normal schooling.  (Organization for Economic Cooperation and Development)

A monster fire northeast of San Francisco has burned possibly thousands of homes, and killed at least three people

The North Complex Fire has been burning for weeks and by Wednesday it was 50% contained. Some 20,000 people are under evacuation orders in the area. Winds are slowing down. Authorities have not released details about the people killed but a highway patrol officer said that one person was found in a car and probably died while trying to flee the fires. This year, fires have killed at least 11 people in California, destroyed more than 3,700 structures, and burned nearly 2.5 million acres. Approximately 14,000 firefighters are battling 28 major wildfires across the state. Some of the fires are among the largest ever in the history of California. Wildfires are also raging in Washington state, Oregon, and Colorado. Scientists say that global warming is making wildfires more likely and more destructive. (Associated Press)

Scientists say there is a 25% chance that the average global temperature will rise above 2.7°F from pre-industrial times by 2025

The report by the World Meteorological Organization and climate and science groups comes as much of California suffered record high temperatures last weekend that stoked a string of devastating wildfires, and as a record number of storms develop in the Atlantic. Because surface temperatures continue increasing, “record heat, ice loss, wildfires, floods, and droughts” will worsen, U.N. Secretary-General wrote in a foreword. According to the report, due to greenhouse gas emissions, the world has warmed nearly 2°F (1.1°C) since the late 1800s. Temperatures are increasing at a faster rate – the last five years were hotter than the previous five years. So far, 2020 is the second warmest year on record. In 2018, the U.N. estimated that the world would cross the 2.7°F (1.5°C) threshold between 2030 and 2052. (World Meteorological Organization)

The Burmese roofed hatchling, as the turtle is formally known, features an upward mouth opening that looks like a permanent smile. Only about eight of these turtles are known to exist in the wild. Their numbers dwindled due to hunting and loss of habitat, among other factors. They were thought to be extinct until one was found in a river in Myanmar in 2002. Conservationists later bred about 400 turtles in captivity and a new breeding program has allowed the Wildlife Conservation Society (WCS) and the Turtle Survival Alliance to raise 1,000 more. According to the WCS, these turtles now face “little danger of biological extinction.” (The Guardian)

TikTok’s parent company ByteDance is negotiating a deal with the White House that could allow it to continue operating the popular video app in the U.S.

ByteDance has been in talks with several suitors, including Microsoft and Oracle, who want to buy TikTok’s operations in North America, Australia, and New Zealand. But instead of selling the assets, people familiar with the talks said that ByteDance is now considering an alternative deal under which the Chinese firm would team up with a U.S. technology company that would take a minority stake in TikTok and help secure the data that the app gathers in the U.S. The sources told the WSJ that the negotiations are fluid. In late August, China updated its export rules, potentially complicating the sale of TikTok’s operations. The Trump administration has ordered ByteDance to sell TikTok’s operations in the U.S. by Nov. 12 or else the video app will be banned. The Trump administration has long accused TikTok of obtaining personal data from its users that could potentially be accessed by the Chinese Communist Party. TikTok denies the accusations. (The Wall Street Journal)

The agency said that people who usually don’t file federal tax returns contribute to a major portion of the unclaimed checks. The IRS has made 200 million payments since April through checks, direct deposits, and prepaid debit cards. Most of the unclaimed checks are expected to be for $1,200. The IRS said that it would start mailing letters by the end of this month for those who are eligible for the payment. People who are not required to file federal tax returns can claim the amount by providing information through a link on their website. Those who are required but have yet to file can file 2019 tax returns and claim the payment. (Atlanta Journal Constitution)

Parents turn in their own children after a string of burglaries

Police in Dickson City, Pennsylvania have made two arrests in a string of burglaries after two juveniles were turned in to authorities by their own parents. In the security camera video of one burglary, you can see a figure standing by the exit door of Main Street Bagel. Seconds later, a brick is thrown through the bottom part of the door and the burglar climbs through the glass. The intruder heads straight to the refrigerator for the green tea, then towards the front counter where he takes the brownies. After he’s done, he leaves the same way he came in. One employee who was coming in for her shift realized the exit door was broken into. Main Street Bagel wasn’t the only business broken in to. Dickson City Mini-Mart was burglarized and at Junior’s Convenient Store in Throop, the suspects allegedly attempted to break in but were unsuccessful. After the Dickson City Police Department posted photos on Facebook of the two burglars, officers say the families recognized their sons and turned them in. Dickson City police say the two juveniles will be charged with breaking into the two businesses and attempting to break into a third. (WNEP)

Emergency medical technicians and paramedics who were present when a Detroit-area woman was determined to be dead, only to be declared alive later at a funeral home, are suing to stop their licenses from being suspended. The paramedics who all work for the city of Southfield, Michigan filed their lawsuit in federal court earlier this week. The four responded August 23rd to a report of an unresponsive woman at a home. The patient has cerebral palsy and her family called 911 because of what appeared to be serious breathing problems. A doctor at a Southfield hospital who didn’t attend the scene pronounced the woman deceased after one of the paramedics reported by telephone that she had been unresponsive for 30 minutes and showed no signs of life. The woman wasn’t taken to a hospital until Cole Funeral Home in Detroit called 911 hours later. Funeral home staff actually saw her chest moving earlier when they picked up the body at the Southfield home, according to the state. But the woman’s family said they were assured by the medical crew that she was dead. She was taken from the funeral home to a Detroit hospital and remains in critical condition. The family’s attorney has said only her brain stem is functioning. A state license suspension filed against Storms said he repeatedly failed to recognize that she was alive and that he misled a doctor by phone about her condition. (The Detroit News)

The products were called back over concerns they contain above-limit levels of aflatoxin, which the FDA said is a “naturally occurring mold byproduct from the growth of Aspergillus flavus and can be harmful to pets if consumed in significant quantities.” (United States Food and Drug Administration)

Friday Is In A Frenzy With: